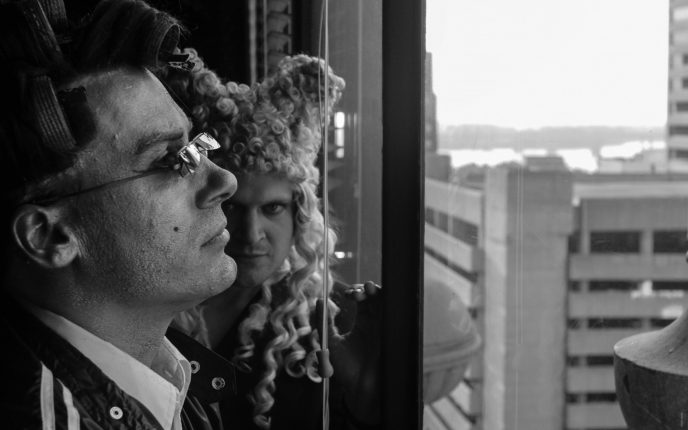 LORD T & ELOISE are a rap/hip-­-hop/crunk group hailing from Memphis, TN. The duo have toured the US extensively since their critically acclaimed debut album “Aristocrunk”, and have followed that album up with 2008’s highly successful “Chairmen of the Bored” as well as 2011’s epic 24-­-track release, “Rapocalypse.” Renown for their high-­-energy, highly-­-visual live performances, as well as their dance-­-provoking beats and thought-­-provoking lyrical satire of American culture, Lord T & Eloise have been sought after to perform at countless legendary music venues and festivals across the US, including CMJ in New York, SXSW in Austin, Bonnaroo Music Festival, and this year’s 10th Anniversary of Wakarusa. Lord T & Eloise have collaborated and shared the stage with a veritable who’s who of the rap and hip-­-hop community in recent years. The duo is currently recording their newest effort, “Blackout Crunk”, in Memphis.