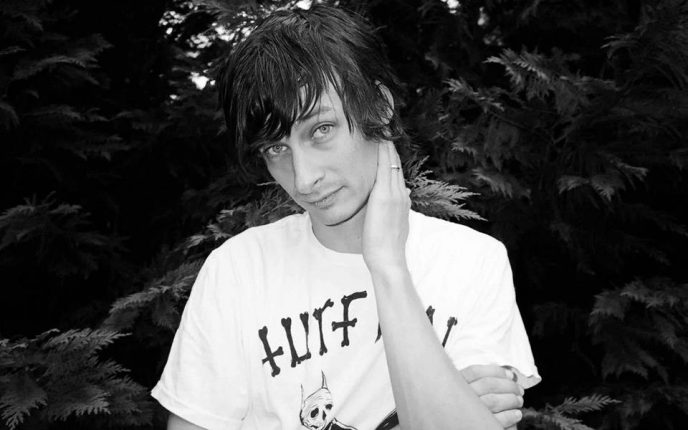 Like ideas, the best songs are the simple ones. And like most simple ideas, they’re usually far more complex upon further examination than they seem at first.

So many young songwriters start off looking for the most complex way possible to examine a simple truth. Perhaps to seem smarter, or more “mature”. The better songwriters learn – hopefully before too much embarrassment – that the complex thought simply put is the key to a great song. Distilling that subtle truth down to its very essence and expressing it in a way that cuts through the bullshit and takes the listener by the heart into the depths of the intended emotion.

I caught the line on about my third listen, busy as I was doing things around the house while the new album played loud in the next room. I’ve known Hardy a while. His long running band Dead Confederate played some of their earliest shows opening for Drive-By Truckers several years ago. I always liked them but probably didn’t delve deep enough into what they were doing to listen closely to the songs. That all changed when Hardy was about to release his debut solo album (2013’s fantastic Audition Tapes) and I saw him play a couple of times around Athens. I was immediately blown away. Every time I’d see or hear him, I’d hear something new. Great songs keep getting better the more you listen to them.

Which leads us to the new one, Hardy & The Hardknocks: Drownin On A Mountaintop. If Hardy’s solo debut was a high and lonesome mellow-roast with musical touchstones like Harvest-era Neil Young and driving down a windy back road alone, the new one blasts out of the garage like some high-octane muscle car full of friends, blasting Mott The Hoople on the way to the last-call dive bar. It has it’s very own sound, but hits me in the same places as my favorite Replacements albums – stripped down and raw, yet sonically thrilling.

The music is propelled by The Hardknocks. Vaughan Lamb and Nick Sterchi are a rock solid rhythm section, pushing it forward while never over-playing or detracting. That rare thing known as A songwriter’s rhythm section. Serious praise has to go to Hardy’s long time pedal steel player. Matt “Pistol” Stoessel, a veteran of Athens GA’s incredible music scene for many years. Pistol really shines in this band, providing both a melodic counter-point to Hardy’s formidable melodies and serving as the glue that holds all the elements together. The album all manages to be stripped down and raw yet sonically thrilling.

All of which leads me back to where I started, the wonderful last song on the album where the beat drops down to a slow waltz and the pedal steel swirls and the leading man sings…