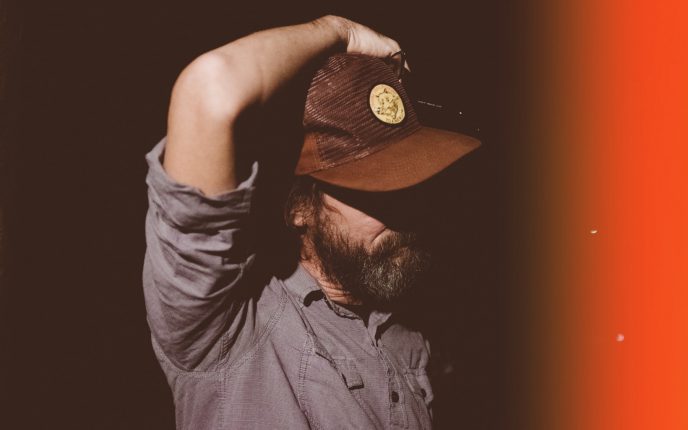 Over the course of his quarter-century-plus career, Will Johnson has dealt with every challenge a musician can face. The silver lining, however, is that the Austin-based songwriter excels at taking bumps in the road and turning them into gold.

A week before Johnson was to begin tracking his fifth solo album, Hatteras Night, A Good Luck Charm, he hit one such bump: His usual studio haunt, the Echo Lab”where he’s recorded solo work, albums by his beloved former band Centro-matic and side projects such as South San Gabriel”suddenly became unavailable due to a fire. Luckily, a friend and collaborator, Britton Beisenherz (Monahans, Milton Mapes) stepped in and offered up his Austin, Texas, studio, Ramble Creek Recording.

The last-minute switch was a blessing in disguise. First, the session now brought together both old friends (his Centro-matic bandmate Matt Pence, a pal of 27 years and the Echo Labâs manager) and newer friends (Beisenherz, Ricky Ray Jackson, who’s worked with Phosphorescent and Steve Earle).

In addition, this combination of musicians ended up unexpectedly adding more depth to the album’s desolate, folk- and Americana-leaning songs. Anxious soundscapes”specifically, hushed harmonies and a melange of drums and splintered acoustic guitars”give “Hey-O, Hi” cinematic tension. Elsewhere, mournful, coyote-howl pedal steel wafts through the country croon “Childress (To Ogden)”; “Ruby Shameless” is a gentle, lullaby-like song with a chiming melodic backbone; and on the easygoing “Predator,” winking piano peeks out from layers of burnished guitar strums and sparking percussion.

“Having Britton’s personality and his fingerprints on this record definitely added more to it,” Johnson says. “At first, I thought Hatteras Night, A Good Luck Charm was just going to be Ricky Ray and me holed up in the live room, making a really subdued, largely acoustic, pedal steel-type of record. But it wound up turning into a more involved and layered affair, and one that was even more rocking in places than it might have been had we done it at the Echo Lab.”

The latter development is most evident on “Every Single Day Of Late,” which has a creeping sense of dread thanks to shuddering distorted guitars and rhythmically off-kilter percussion, and on the roaring, hurricane-like “Heresy And Snakes.” These moments might remind some people of Centro-matic, although Johnson says that bandâs absence is more of an influence.

“When Centro-matic was still intact, my solo records were usually really subdued,” he says. “I would take them in a completely different direction than the cascade of guitars and feedback that we were really into. Now that Centro-matic is not in existence anymore, there are going to be moments where I just want to turn everything up and kind of go for it.”

On some level, his ability to let loose stems from his chemistry with Beisenherz and Jackson, both of whom added prominent instrumental contributions to Johnson’s last album, 2015’s Swan City Vampires. However, this approach also reflects his comfort level with Pence. Although Hatteras Night, A Good Luck Charm marked their first full session together since 2012, their creative and studio relationship always tends to pick up right where it left off.

That enduring connection especially helped this time around, since the crew only had five days to make Hatteras Night, A Good Luck Charm. Although Swan City Vampires was almost as economical”it was recorded over six days”that record found Johnson navigating both the loss of his mother and the 2014 breakup of Centro-matic. Hatteras Night, A Good Luck Charm is a different animal: The record largely revolves around fictional narratives featuring vibrant, well-defined characters dealing with “situations of tension,” as Johnson puts it.

On “Every Single Day of Late,” the protagonist finds much more than spiritual fulfillment after seeking out religious counsel, and soon becomes addicted to the taboo relationship. Milaak’s titular song demonstrates the anguish which often goes hand-in-hand with human connection, while on “Heresy and Snakes,” misunderstood Mazie May’s actions are perceived to be more nefarious than dignified. The keening “Filled With a Falconâs Dream,” meanwhile, namechecks the ill-intentioned trio of Lucius, Timmy and Steve.

“I was in a mindset of exploring risky connections between people, and their willingness to look the other way and just go through with them, for the simple need of human affection and an almost devil-may-care attitude,” Johnson explains.

Still, he is a benevolent songwriter. For example, the narrator of “Ruby Shameless” looks at the song’s main character, a stripper, with tenderness and humanity; he sees her as a person worth cherishing, rather than a devalued object. Hatteras Night, A Good Luck Charm’s characters aren’t “morally bankrupt,” Johnson says, just dealing with a devil and an angel perched on their shoulders, whispering in their ears.

“I’m sympathetic to all of these characters, even though they’re flawed and maybe a little confused,” he says. “A lot of the time it’s good people making bad decisions. And they may just need some affection, and then will move on. It’s more coming to terms with, ‘I’m going to be alone in this world, and I’m okay with it. I’m totally okay with this solitary situation, and this empty bed.'”

As a solo artist, Johnson also knows all too well the balance required to navigate solitude and collaboration. However, on Hatteras Night, A Good Luck Charm, finding this equilibrium helps him discover nuanced and intriguing sonic directions. The album ends up a thought-provoking meditation on what it means to exist in a world that often misunderstands (or chooses to ignore) emotional complexity.